The Conman and the Geeks, Des Moines, Iowa 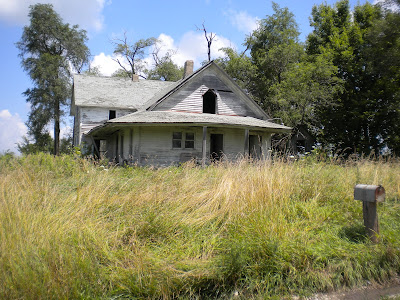 Previously Sam Bradford of New Orleans, who had murdered his wife for her money, had visited the Eureka Springs Psychic Center. The Seer, Ella Mae Quicksilver, had told Sam his cancer was in remission. When Sam met her daughter, he prostrated himself, pledging his life and his fortune to the 13-year old green-eyed girl, Averil Jean.

The folks in Eureka Springs at first tolerated the Psychic Center with its trickle of visitors. But as the trickle became a flow and people talked of a “Movement”, the tolerance became a misgiving. When the Center flourished, then local churches became alarmed. Some wags whispered the green-eyed girl was a witch, perhaps a demon, or worse, otherworldly. The town wise men gathered, muttering and nodding; something had to be done.
Early one Monday morning in the dark of night, Averil woke her mother.  She said the townspeople would come that evening and it was time to go. They were always packed for flight and as the quirky town slept, the mother and daughter stole away. Ella asked about a sign, a star? But Averil shook her head. They would head north.

Hunter Farnham with his smooth, confident presentation was awarded the contract to manage the SoftWare Group’s, money. Hunter suspected the nerd company was a hacker operation, stealing money from all over the world.  He had control of $500 million that he managed. Assuming the group did not scrutinize his trades, Hunter slowly skimmed a little here and a little there. Small amounts that could easily be explained. As his uncle said a peanut here, a peanut there and after awhile… a jar of peanuts.

Taking his stash, Hunter it all on an improbable Sweet Sixteen basketball game. He heard via a source that the University of Florida was going to lay down for Florida Gulf Coast University, a no-body upstart from Fort Meyers, Florida. The odds were 100 to one. When FGCU won, Vegas would take the hit from the Sweet Sixteen upset of all time and Hunter could retire.
But the Gators did not lie down and Hunter lost millions. Fortunately, he kept a reserve and he fled his Boston office. He reinvented himself as a farmer in Iowa, buying a rambling farm house outside of Des Moines, the old Boynton farm. He grew a beard and became a recluse, but he did need a maid as he hated housework and cooking.
Thinking of placing an ad on Craig’s List, Hunter was startled one morning when two women appeared at his isolated spread. On inspection, it was a mother and daughter. The mother was dark, attractive, and perhaps Native American. The daughter shyly kept her head down as the mother explained they were looking for work, preferably live-in. She could clean, wash and cook with help from her daughter, who was home schooled.
As there was a large, empty addition on the back of the original farmhouse, Hunter agreed. The two looked harmless enough. The 13-year old girl was quiet and the mother clean and respectful.
A month later on his birthday, Hunter befriended Ella Mae and Averil Jean with wine and cheese, and then invited them to join him at his dinner table. When it got dark Hunter produced a cake and for the first time he scrutinized Averil, taking note of the six-fingers on each hand. He was startled by her jade, green eyes and felt a sizzle as Averil gazed at him; a shock ran up and down his spine and touched his soul.
As spring came, Hunter took on a brother and sister, Ben and Inez, to help with the plowing and planting. Ella Mae was immediately taken by the brother, a large strapping man in his late twenties. But Averil sensed evil, divining that the supposed brother and sister were at Hunter’s farm for more than spring planting. She told her mother they must leave the farm. This time Ella Mae, who yearned for male companionship, protested when Averil warned of danger.
“Perhaps there is another way.” Averil replied.


And that is when the killing began.