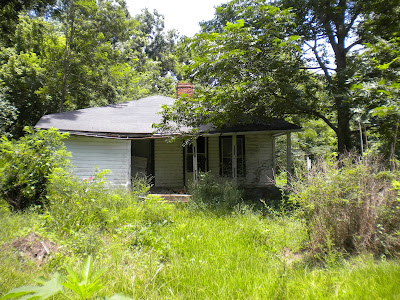 Previously, Sam Bradford had hired ShadowMan to torch the New Orleans townhouse of Ella Mae Quicksilver and her gifted, six-fingered daughter. But the two psychics escaped and fled to Mississippi. ShadowMan took up the chase.
Standing in the chilly evening air, Sam surveyed the ruined townhouse. The French Quarter Committee wanted the structure rebuilt which Sam would assist and solicit funds, make a hefty donation.
But what puzzled Sam was the reverent crowd that had gathered at the fire. What was it about the burning townhouse? Or was it the two women who were thought to be inside that attracted the crowd? If so, why?
Sam scraped at the rubble with his foot as he saw a glimmer reflecting the late sun. It was the bronze plaque bearing the townhouse number, 437. As he stared at the plaque, his Sunday school lessons floated through his mind. Three was a divine number and four was a perfect number. Four plus three equaled seven, the number was featured in Revelations: seven trumpets, seven dooms.
The night of the fire Averil Jean had seen the danger, warned her mother and the two had escaped just as the townhouse burst into flames. They fled north along the Mississippi River, stopping to rent a modest farm house at the Emerald Mound, a Natchez Indian site where the tribal leaders, Great Sun and Tattooed Serpent, performed sacrificial rituals.
ShadowMan, also gifted, was soon on their trail, hiking the ancient Natchez Trace. The assassin felt a connection with the two females and he sensed it was Averil he could read. What was it about the girl?
Late one afternoon Ella Mae was standing at the kitchen window, having prepared her secret Indian recipe for pan-fried bread. Outside walking down the dirt road toward the mound was a slender, tall man, dressed in black. Ella’s eyes widened and she clutched her throat, holding her breath. In the dusty haze she swore it was the man from Roswell, the visitor who came, stayed a spell, and fathered Averil. Without explanation, one morning the stranger told her he had to go, but promised he would return. Then he left, walked down the dirt road and vanished.
Ella ran outside to the front path and put her hand to her eyes, watching as the man studied the Emerald Mound’s historical marker. He looked her way, gazed and then smiled at Ella, who started out of the gate. Her heart fluttered; had the father of her daughter returned?
Averil came to the screen door and saw her mother walking toward the stranger in the road. She called out, but Ella waved for Averil to stay put. As the two closed, Shadowman raised his eyebrows, seeing for the first time the lovely Indian woman with high cheek bones and dark, intelligent eyes. He hesitated as Ella held out her arms and came to him. But then the woman abruptly stopped and her cheeks flushed.
“I’m sorry.” She said in confusion. “I thought you were someone else.”
The two stood a few yards apart, staring at each other. Ella was embarrassed at her mistake, her wanton display of emotion. In her soul she always believed her one love would someday come back.
The two turned as the screen door squeaked and then slammed shut. Averil was standing on the porch dressed in a blue, cotton dress, with arms akimbo.
ShadowMan took a step backward as he stared at the raven-haired girl, who locked eyes and glared at him. She radiated a powerful aura…or was it a trick of the afternoon light?
“Invite him to dinner, Mom.” Averil called, breaking the standoff. “Tell him we are having my stew and your fry bread.”
Ella looked at the man who had gone pale, but relaxed at Averil’s invitation and he smiled at the smitten woman.
“I’m a historian. Staying at the Eola Hotel in town and I’d be pleased to join you. It would be a treat to see the Mound in the evening light…there are so many stories about the rituals I can share.”
They agreed he would return at six. In exchange for the meal, he would relate the complicated history of the Emerald Mound and the Natchez Tribe. Ella stood and watched as the man turned and walked back down the dirt road. His walk, his stride was so like Roswell.
When she returned to the porch, Ella started to speak excitedly about their evening guest, but Averil quieted her mother with a sharp look. She took Ella’s hand, whispered in her mother’s ear, and marched her back into the house.

At six that night, the stranger came down the dirt road. He paused at the gate, taking in the isolation of the house. He would enjoy his meal, share a few Natchez stories, and then take care of business.
ShadowMan tapped politely on the screen door, and then called out softly, his voice echoing through the house. But there was no response. He sniffed the air and the aromas made him lick his lips. A combination of bakery-like scents, combined with a spicy tang floated from the house.
He tapped again, then opened the door and stepped into the small entryway. To his right was a sitting room; to the left was the dining room, with a 4-chair dining set.
Only one place was set at the table.