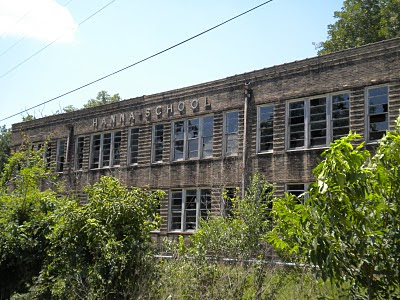 Previously, Ella Mae Quicksilver and her daughter, Averil Jean, saved Freddie James, a notorious card shark, from a mob lynching in Nocona, Texas. A few nights later Averil saw her star and they headed to Louisiana.

Early one fall morning, as they drove through the Red River Town of Natchitoches, Louisiana, Averil suddenly awakened and gave her mother instructions to the west side of the town by the river.
On a quiet tree-lined street Averil pointed to a large Victorian house with a “rooms for rent” sign. They parked and went to the door, welcomed by a tall, severe gray-haired lady who offered quarters on the second floor. The landlady, Ethel Moore, was the cook at the nearby Hanna School and in need of an assistant, offering the job to Ella Mae.
Averil Jean was accepted at Hanna in the sixth grade, being placed in Mr. Hennery’s class, who quickly took to the bright, pretty child. The other children welcomed Averil, but kept their distance, sensing her difference, wary of their new classmate .
All went well for a few weeks, but then Mr. Hennery began keeping Averil after class to bring her up to speed. He was intrigued by the raven haired girl, with the heart-shaped face, high cheekbones and cupid lips.
One afternoon he closed the door and went to Averil’s seat, taking her hand. Mr. Hennery was medium height, balding with watery eyes and large lips. He stood there looking down at his pupil with a wicked look on his glistening face. Averil fixed the teacher with her green eyes.
Mr. Hennery felt a tingling as he stared at the girl’s strange countenance, which seemed to emit an amber aura. Then suddenly a blinding beam shot from the girl to him, radiating throughout his body and searing him from the top of his head to the tips of his toes. Mr. Hennery wanted to run, but was rooted. He breathed in and out, gasping. His eyes widened as his lips puckered and he expelled his malevolence into the quiet classroom. He watched the dark cloud float out of the windows into the afternoon quiet.
Regaining his composure and without a word, Mr. Hennery turned away and left the class room. He was pale and shaking, but he felt a tremendous relief, as if a terrible and heavy load had been lifted from his back. No longer would he need to seek, to keep the girls after class.
Averil Jean watched Mr. Hennery go. She knew he would no longer trouble the vulnerable children in his class. Quite the opposite, he would offer his hand in sincere help.
Suddenly she was aware of a presence in the empty classroom and turned to see a woman in white standing in the back. She was quite lovely with blond hair and blue eyes, the belle of the ball fit nicely.
“You and your mother need to move on to Myrtles. Fix the wrong there, and then bring me justice.” The woman said.
That night Averil Jean went to her mother and told her it was time to move. Ella Mae never argued, never questioned, and by the end of the week they were on their way to the Myrtles Plantation in Alexandria, Louisiana.
Of note, Mr. Hennery went on to become Louisiana’s teacher of the year.
Regrettably, the repeated appearance of a woman in white hovering in the halls at Hanna terrified the children and unnerved the teachers. The Parish was forced to abandon the school.
Natchitoches has offered attractive terms to the real estate community for the redevelopment of Hanna School. But so far, there are no takers.
Posted by Tom Reese at 3:45 PM